REMEMBER, THE OFFICE BEFORE WAS: FROM THE HOLE CARD TO THE CLOUD 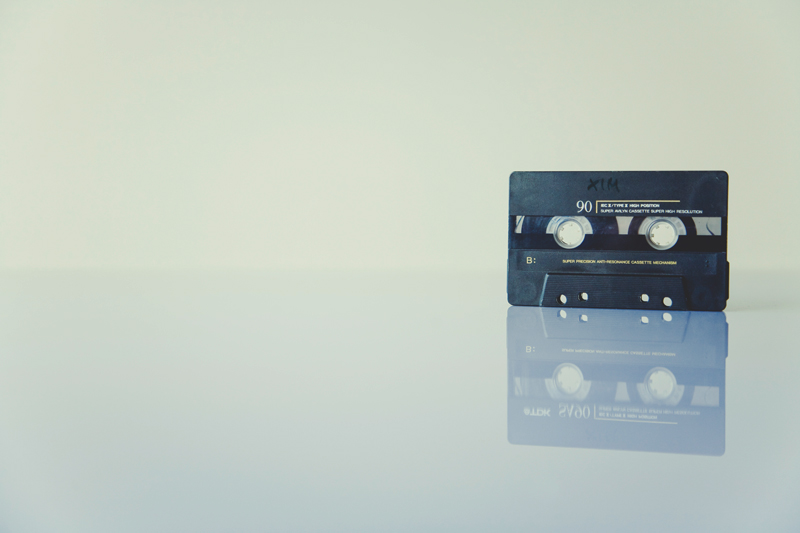 Like the squirrel, man tends to store and preserve, not hazelnuts, but all kinds of diverse and varied information.

From vacation photos of our cousin proudly riding a donkey on the shores of a lake in Auvergne to our elementary school notebooks, everything is stored, archived, kept piously (or not) in order to … very often take the dust.

In companies, we don’t cut it either. And if keeping the photo of the 1992 Spring seminar may seem useless, on the other hand, keeping the balance sheets, exchanges with customers and suppliers, HR information … is imperative (even legal for some documents).

Today everyone talks about the cloud, but remember the first storage media: it all started with simple holes on a ribbon.

The first storage media: from punched cards to floppy disks

What if we told you that everything was born thanks to a Frenchman? You would answer “cock-a-doodle-doo” and you would be right.

Basile Bouchon had the idea in 1725 to automate a simple loom. How? By drilling holes in fabric ribbons. Certainly we are still far from our very dear cloud, but still!

This idea, which may seem simple to you by the way, inspired an American (Herman Hollerith, and yes, the founder of IBM) who in 1890 filed a patent for a machine capable of reading (and thus exploiting) the data contained by holes in a card.

It took no more than a ribbon and a punched card to create the first generation of mass storage media.

Even if the magnetic tape already existed (since 1839), it was not until 1928 that it was actually used as a storage medium.

At first (1930) it was used to record sound. It was miniaturized, rolled up and then integrated into plastic boxes: this was the beginning of audio and then video cassettes.

Real revolution, this storage medium allows for the first time to erase and re-record data.

Storage media: from floppy disk to the cloud

In 1971, while business computing was booming with the arrival of personal computers, IBM created the first floppy disk.

In 1984, the first CD-ROMs were released, and their use became more widespread in the 1990s. With a capacity of 500 to 700 Mb, it allows the recording of 80 minutes of music or one hour of video but does not allow to be erased and replace the data.

It was not until 1997 that CD-RWs saw the light of day, taking up the main advantage of the floppy disk: the recording at will of data on the medium (more than 1000 times on the same disk).

At the same time, around 1994, to meet the growing demand for storage (applications being increasingly heavy), Zip diskettes appeared. A Zip diskette alone contains the equivalent of 70 conventional diskettes.

The late 1990s saw the emergence of telephones, camcorders and other game consoles requiring small storage media. The flash memory card was therefore born with a storage capacity of 1 MB. Even if its storage capacity was growing, it was still excessively expensive (in 1991, 1 GB of flash memory cost $45,000).

It is from this technology that IBM (and yes still it!) develops the USB key: a support that can be taken everywhere and the size of a key ring. Between its beginnings in the early 2000s and today, this small medium has evolved from a few MB of storage to 1 TB for the most expensive keys.

In the 2000s, Amazon decided to rent the free space of its (under-utilized) computer servers to individuals (doesn’t that remind you of the Chooseandwork concept?).

And there you have it, the whole computing sphere has its head in the clouds.

Data is no longer stored locally on our peripherals but sent via the web to remote servers from where we can retrieve it from wherever and whenever we want.

Software can no longer be bought but rented (and yes, the cloud is good for the software company business too!).

And with all this, you will take a cloud of milk in your coffee?